DJ Spinna comes thru with the instrumentals to a (forgotten?) gem. One of those albums that if you were a REAL Hip hop head in the 90’s underground scene you would have in your stash…

A goldmine of some previously unheard beats from one of the greatest producers of all time. Pete Rock’s Lost Sessions are full of the kind of bouncy, soulful tracks, similar to those found on classics like Soul Survivor and INI’s Center Of Attention. The entire tape is exceptional but tracks like “Vibes,” Flash Back,” and “Blue Monday” stand out for their adept drum programming, elastic bass, and blissful atmosphere.

K-Def is the producer of countless classic ‘90s rap records from Lords Of The Underground, World Renown, and Real Live. K-Def came up under the tutelage of sampling and production pioneer Marley Marl. His Beats From The 90s series gives listeners a snapshot of the head-nodding material that he was creating throughout the decade.

Equally gifted as a maker of both hip-hop and house music, DJ Spinna’s production discography spans genres as well as decades. His 1997 Beat Tape showcases his talent for molding jazzy samples into stark drum and bass-heavy underground hip-hop. 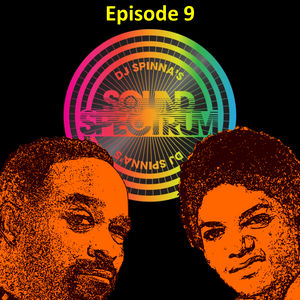 A tribute to Micheal Jackson in celebration of his 60th birthday, as well as a tribute to the late & great ‘Queen Of Soul’ Aretha Franklin…

Continuing on this Tuesday with ‘new rap music that don’t suck’, here is Apani flowing over a DJ Spinna- produced beat.

If you would like to show support to my site, the best way is to share my mixtape and/or buy one. Trust, it is very appreciated!! Thanks for the love in advance.

Dig In The Crates..